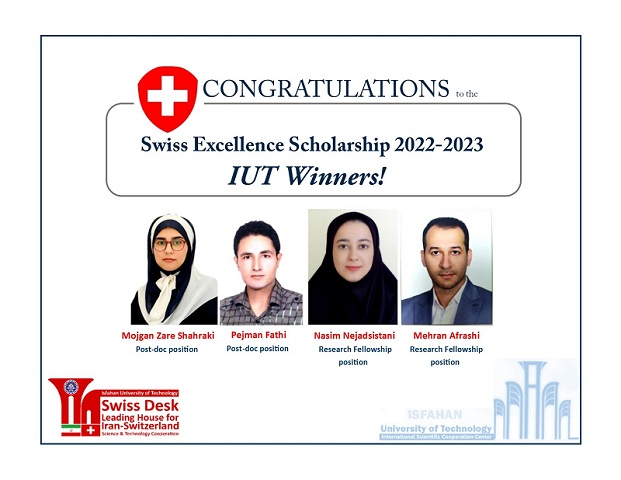 The Winners of the Swiss Excellence Scholarship 2022-2023 are announced. According to this announcement, 17 new scholars  from Iran this year as well as 6 academics who were able to prolong their scholarship another year. 4 new winners are from IUT out of 17 Iranian scholars. 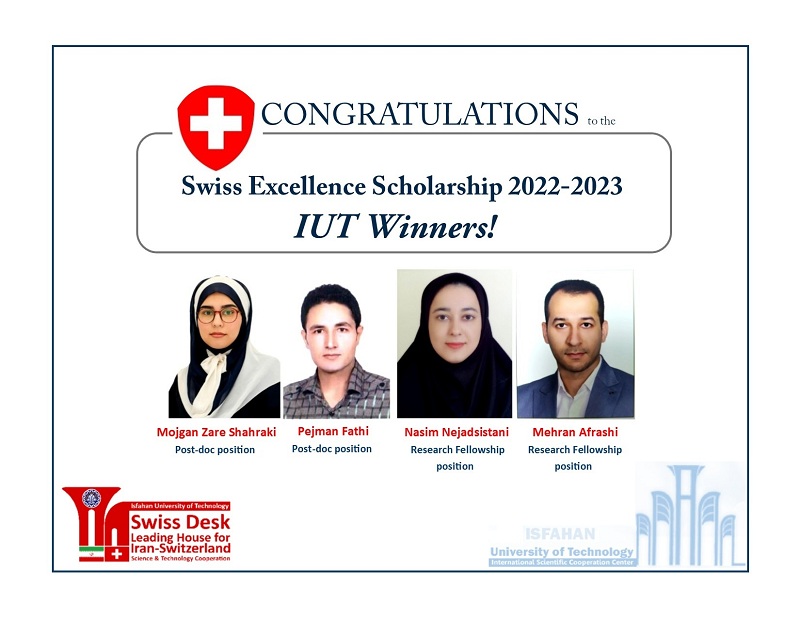 Mojgan Zare Shahraki and Pejman Fathi, Ph.D. students studying Freshwater Ecology at the Department of Natural Resources Engineering, were among winners of this year Swiss Excellence Scholarship for Post-doc positions. This scholarship will be offered for one year at SUPSI University in Switzerland under the supervision of Prof. Andreas Browder.

Also, Nasim Nejadsistani, a Ph.D. student in Electrical Engineering, and Mehran Afrashi, a Ph.D. student inTextile Engineering, won scholarships for the section of Research Fellowship position . These one-year research courses will be held at the University of Zurich under the supervision of Prof. Burkhard Stiller, and at the Swiss Laboratory for Membrane and Biomimicry Textiles under the supervision of Prof. René Rossi, respectively.

It should be noticed that the Swiss Excellence Scholarship is awarded by the Swiss Government annually to promote international and research cooperation between this country and 180 countries worldwide,including Iran. 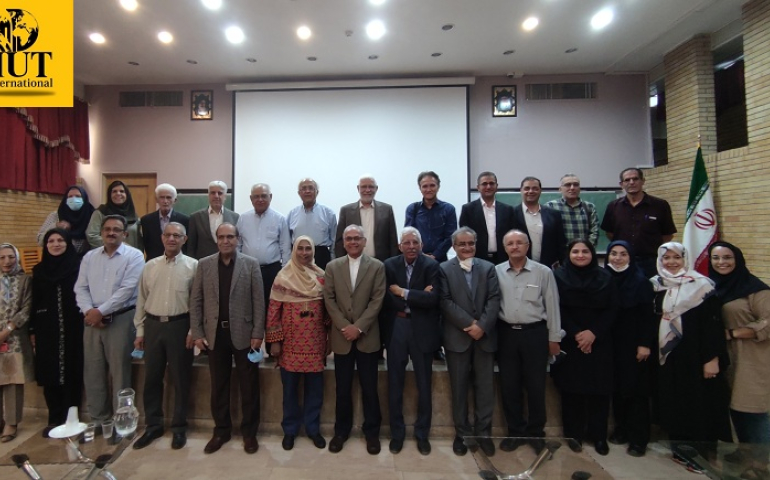 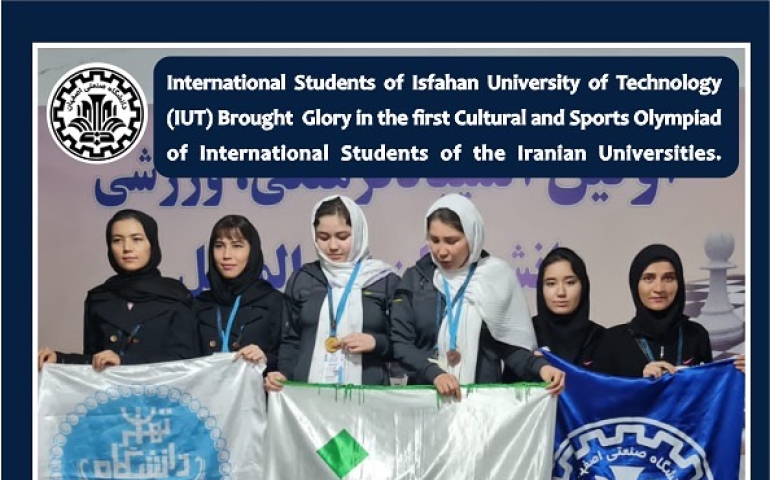 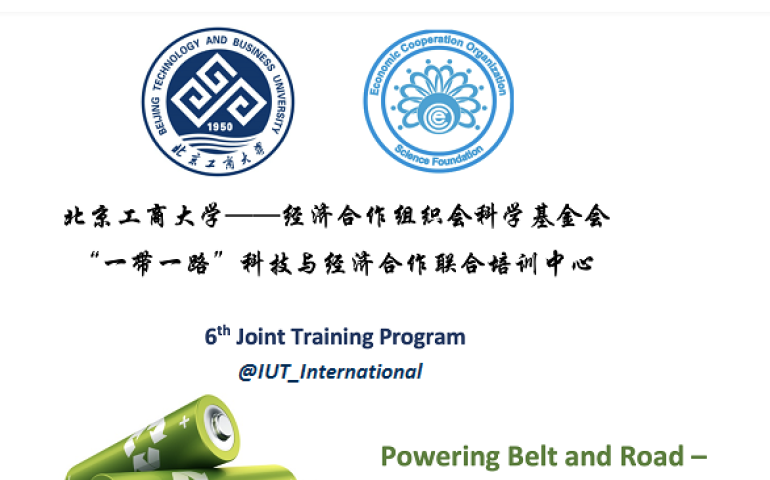 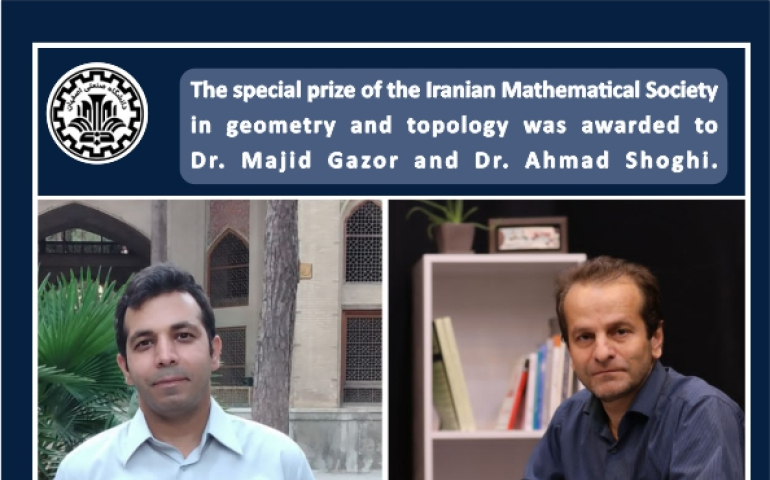 Hashtroudi Award Given to IUT Researchers 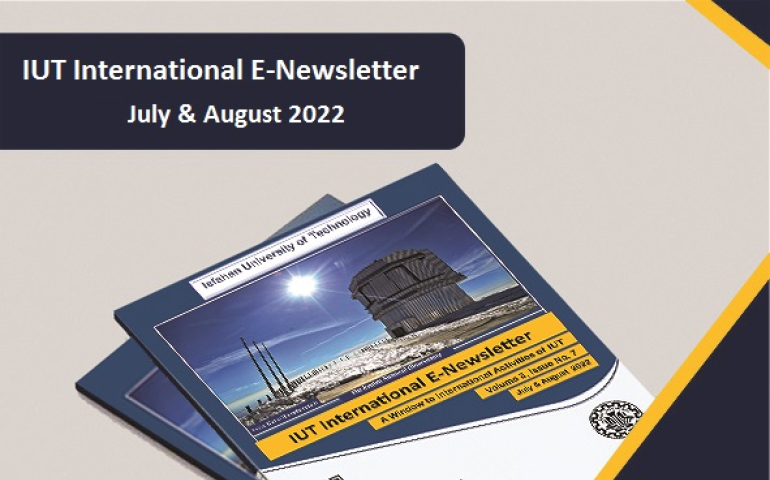